The Pioneering Women’s Suffrage Collection features a set of four £2 Coins, celebrating the 140th Anniversary of the Women’s Vote, each replicating the signatures of the first four Women to vote in the North of the Island. The original poll books which are stored at Manx National Heritage have been used to inspire the coin design.

Tynwald extended suffrage to women who owned land in 1881, 37 years before Westminster did the same. The extension followed the passing of legislation by Tynwald earlier that year, which allowed unmarried and widowed women who were aged 21 and over, and who owned property, to vote.

There are no reviews yet. 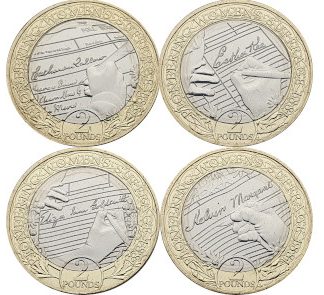