2019 marked the 30th anniversary of Steve Hislop’s 120Mph lap in the formula 1 race, These commemorative coins were released by Tower Mint Limited for circulation on the Isle of Man.

Although uncirculated these coins are from sealed bags, as such they can have minor toning and contact marks. 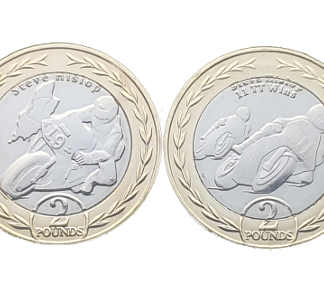